A good way to experience our campus is to attend our ESMOD Jakarta Open House and other events.

Leave your details and we’ll send you an invitation as soon as they become available. 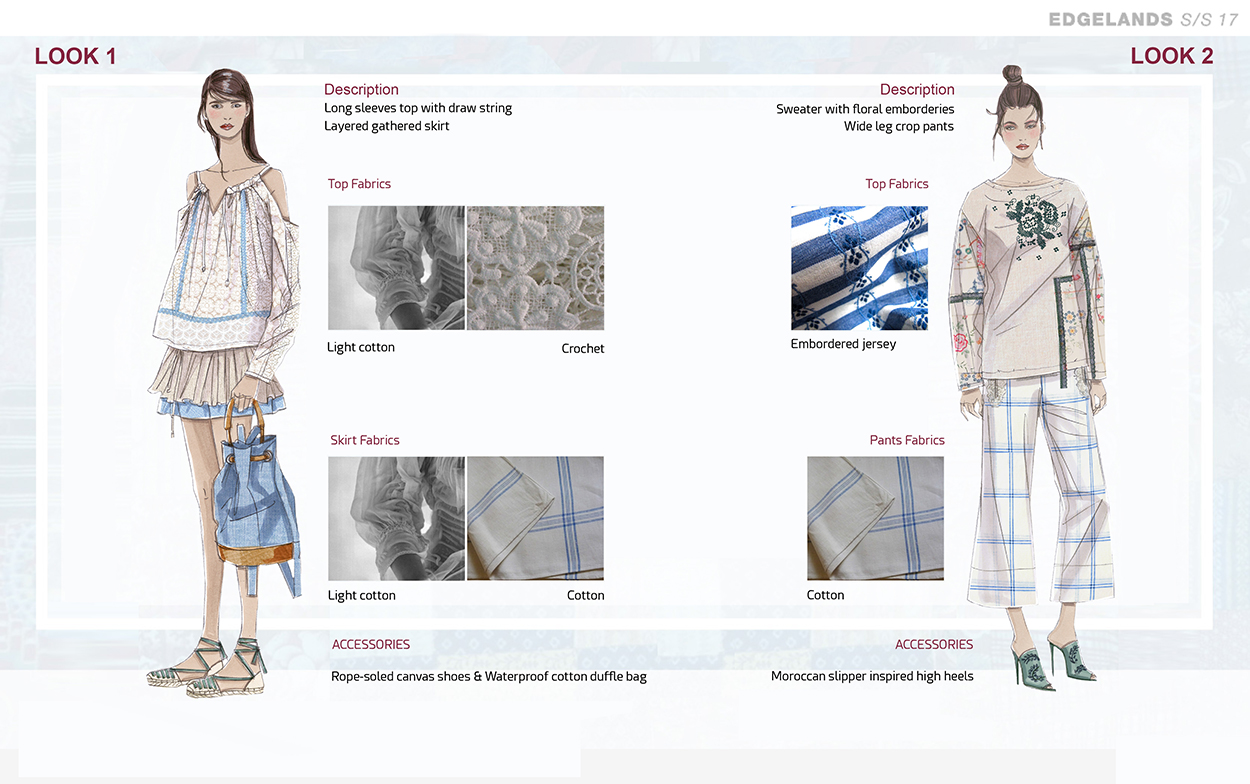 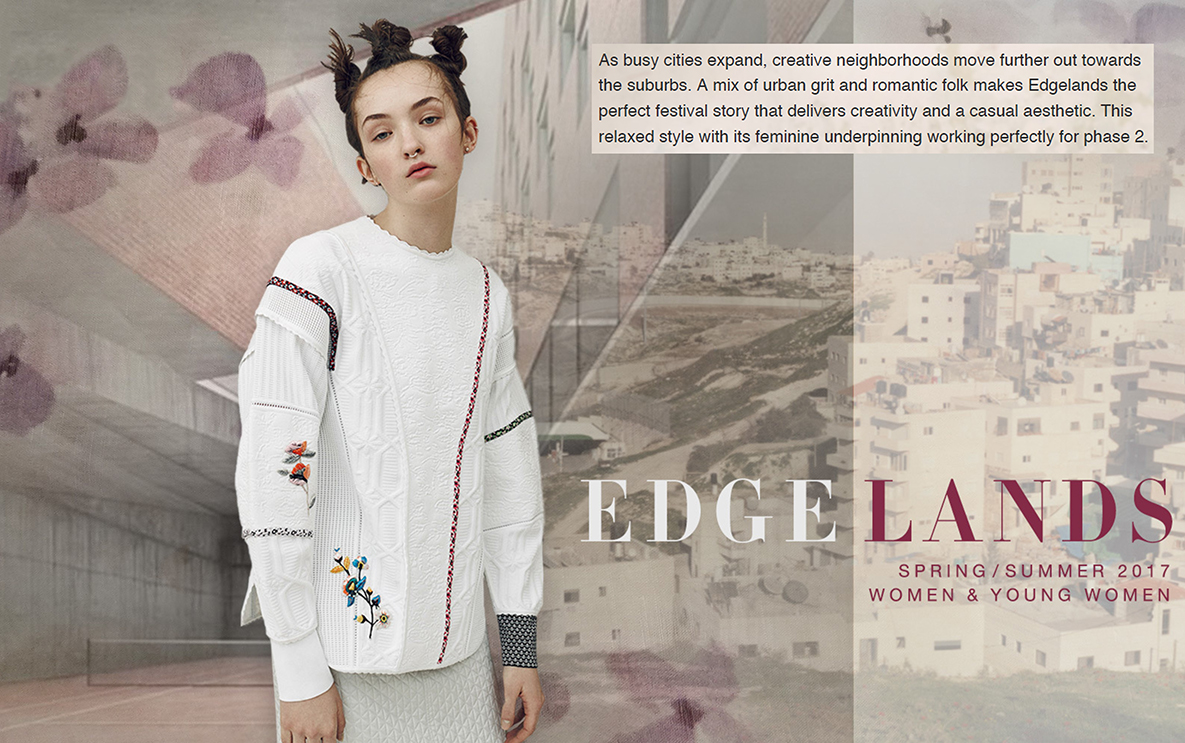 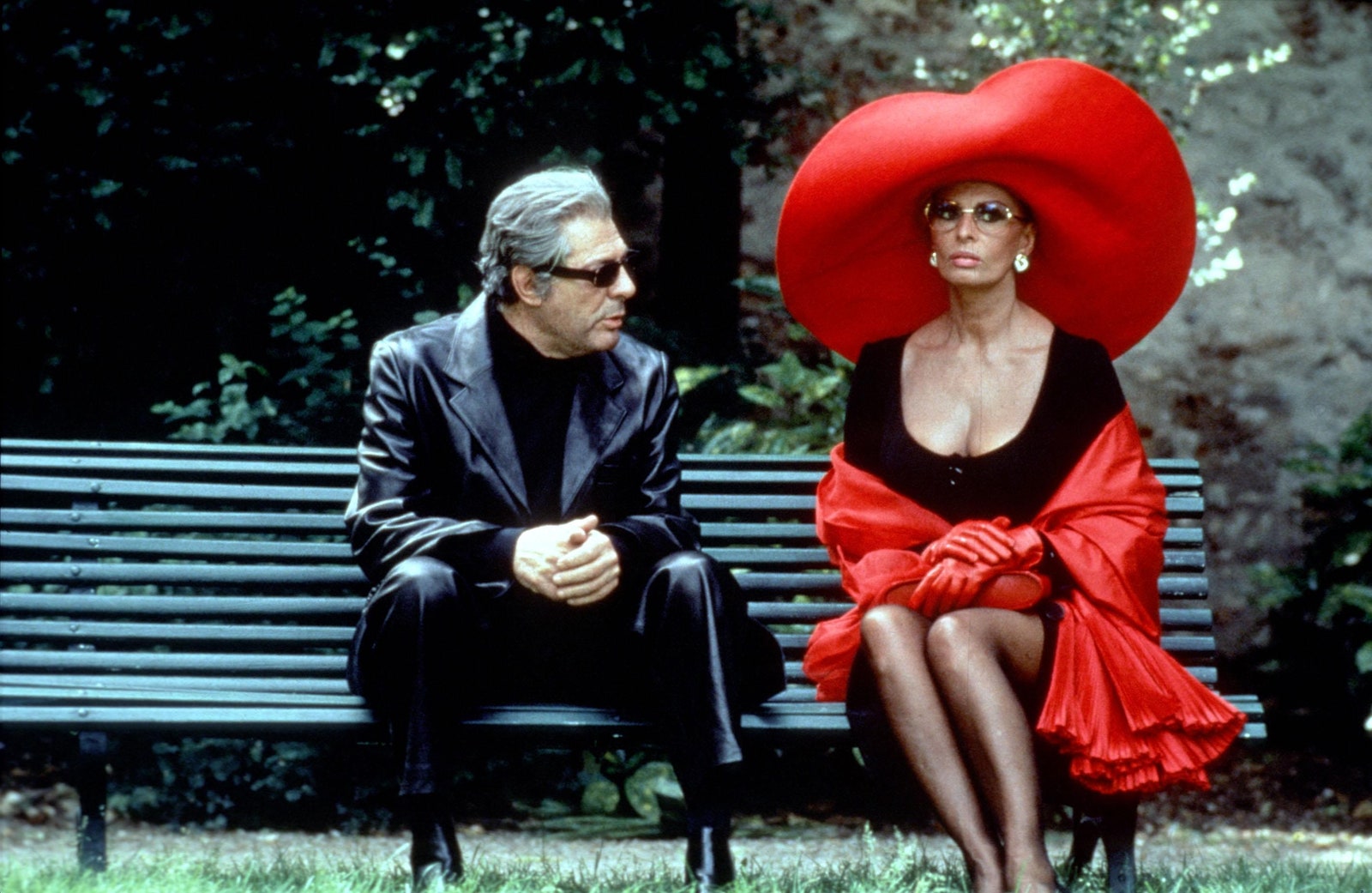 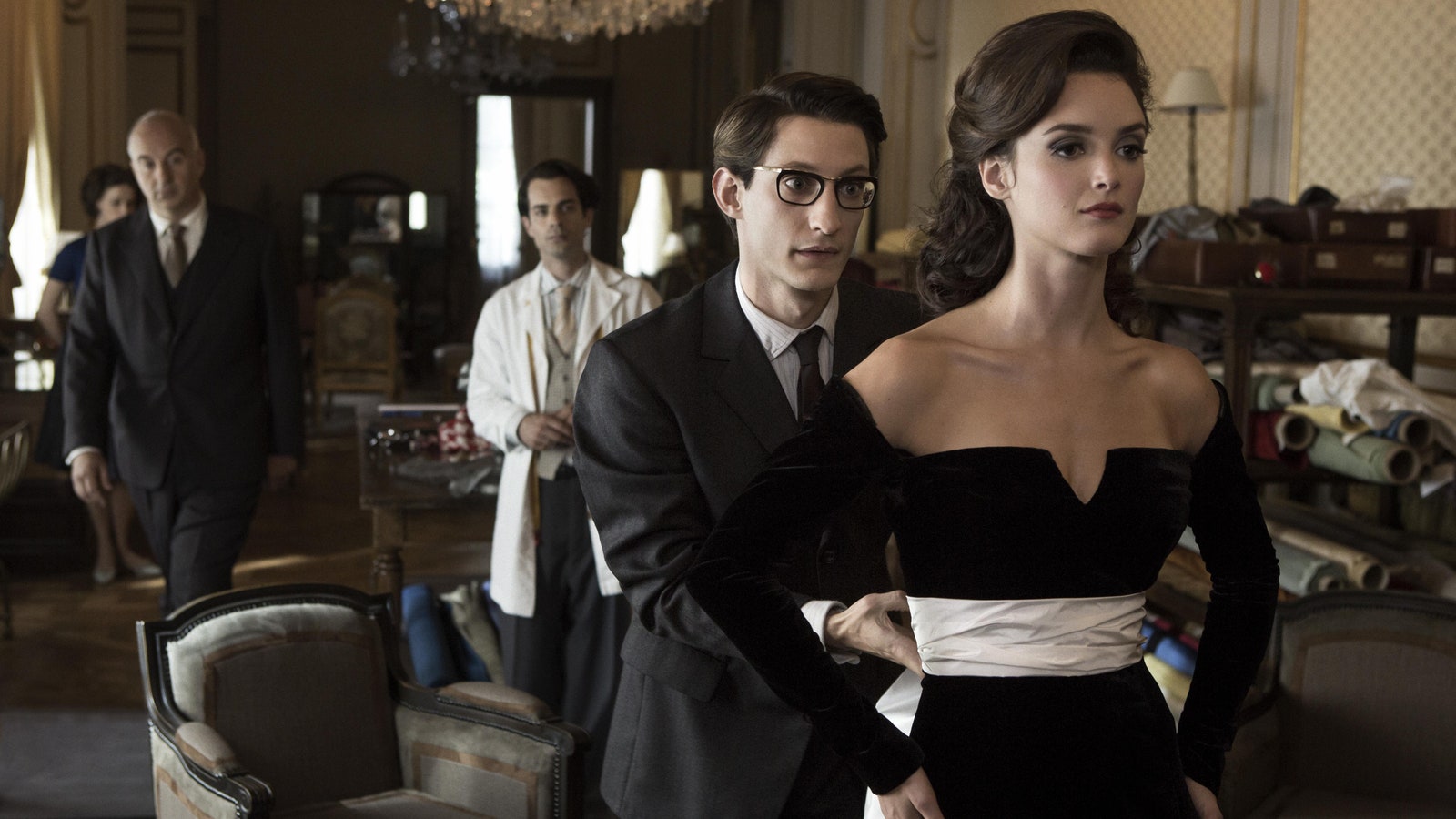 Whether it’s a biopic about Yves Saint Laurent’s life, Gabrielle Chanel’s first steps in fashion, a behind-the-scenes look at a prestigious magazine or a look into the world of a model, this summer is the perfect time to plunge into the unorthodox stories and flamboyant tales that make up the fantastic, glittering and irresistible world of fashion.

From whimsical and uplifting to poignant and dramatic, here is the  guide to the best fashion films to see at least once in your life:

In Jalil Lespert’s Yves Saint Laurent, we find a retracing of the life of one of the biggest names in French couture, where the personal and professional often intersect. From his lead position at Dior in 1957 to the creation of his own fashion house in 1961, including his relationship with Pierre Bergé, the film makes an attempt at embodying the complex creativity of the French couturier. Featuring his inspirations, failed attempts, and the infamous Russian Ballet 1976 collection, the film touches on all facets. Pierre Niney triumphed in his role as Yves Saint Laurent, earning the César award for the Best Actor, surpassing Gaspard Ulliel, who played the same role in Bertrand Bonello’s Saint Laurent that same year. 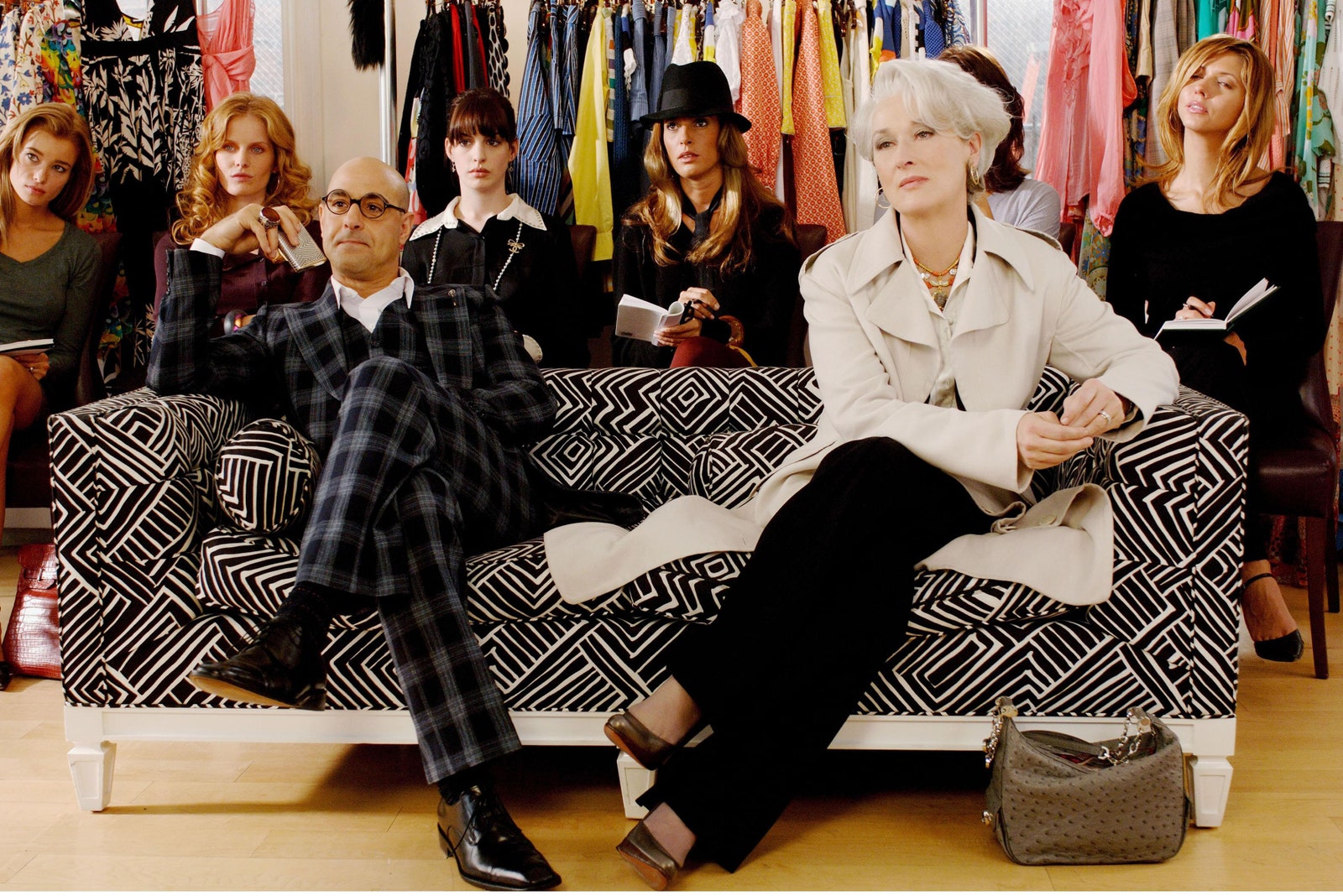 When Andrea Sachs (Anne Hathaway), a young journalist, finds herself in an assistant job to Miranda Priestly (Meryl Streep), editor-in-chief of Runway magazine, she experiences quite a culture shock. Sachs doesn’t care much about her appearance, and has a certain contempt for the superficialities of the fashion world, which Miranda Priestly is quick to pick up on and subsequently critisizes. With plenty of humor and five-star acting, this adaptation of Lauren Weisberger’s 2003 novel is a must-see. 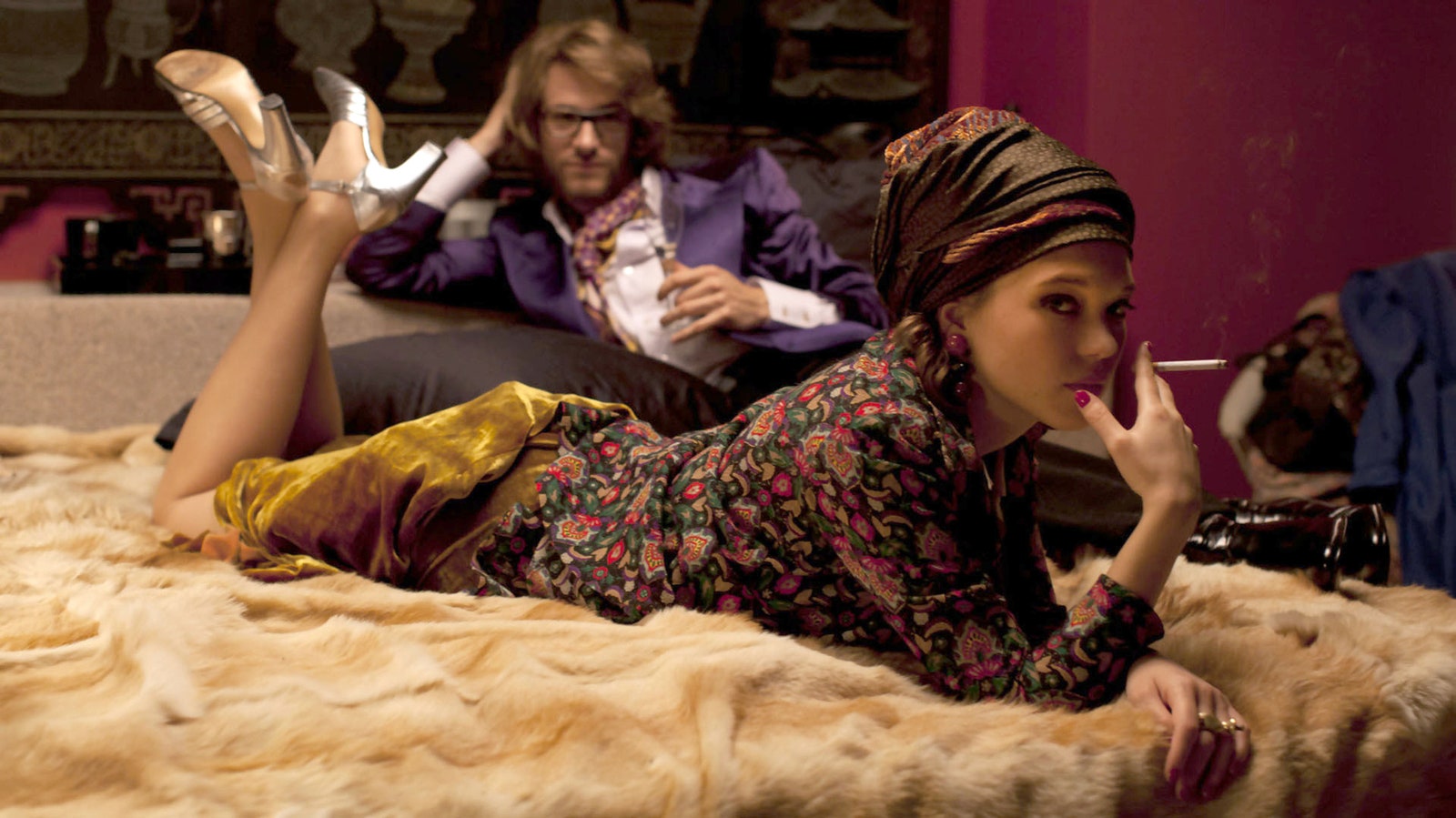 Bertrand Bonello’s Saint Laurent examines the mythical and sometime scandalous life of Yves Saint Laurent. The director plunges viewers into the 1970s, to a time where the designer was known for sporting both innovative and elegant outfits. In a divine odyssey into the mind of the designer, the director examines this era filled with folly and changing tides. Gaspard Ulliel offers an intense portrayal of the designer, who in order to forget his inner demons, dives into a world of drugs and partying. Before The Devil Wears Prada, there was Funny Face. In another time and another place, Audrey Hepburn finds herself living out a Cinderella story in 1950s Paris. In this musical comedy by Stanley Donen, one of the last of the classic Hollywood genre, a Greenwich Village bookstore employee named Jo Stockton, passionate about philosophy, becomes a model for Quality magazine, an American fashion publication, thanks to some serious convincing. Maggie Prescott, the magazine’s editor, and the photographer Dick Avery, work together in order to convince Stockton to model for them. Set in post-war Paris, punctuated by the music of George and Ira Gershwin, Jo and Dick fall in love, combining two universes that, at the onset, don’t seem to mesh well. 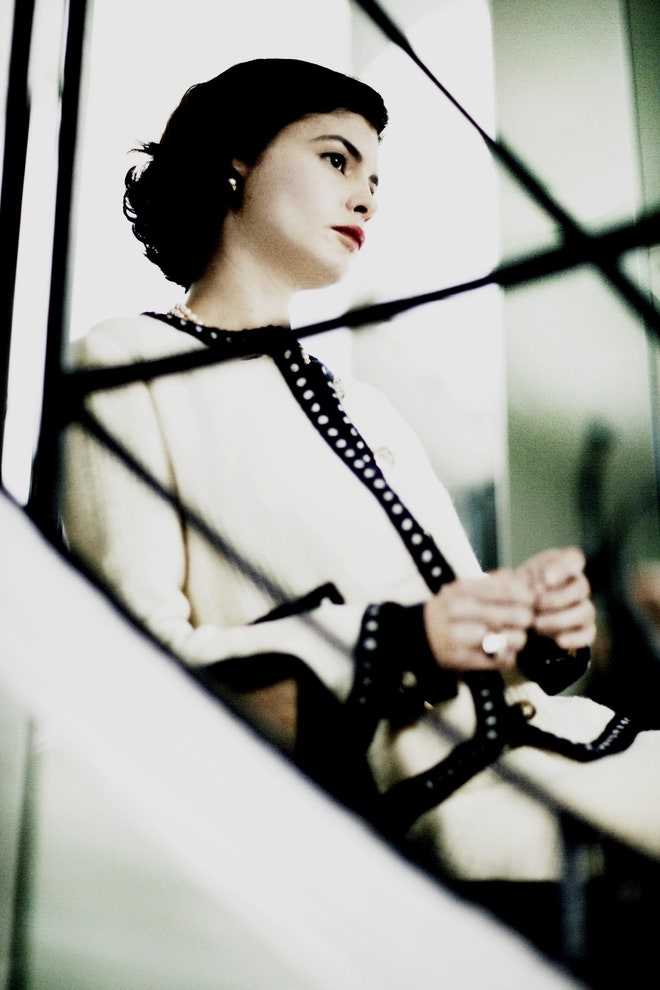 From her childhood in boarding school to her first dressmaking skills in Paris, via the birth of her fashion house, Anne Fontaine’s biopic Coco before Chanel is a detailed review of the incredible life of Gabrielle Chanel, who throws herself as passionately into her work as she does into her love stories. Audrey Tautou gracefully embodies this great Mademoiselle who liberated women with her sleek, straightforward clothes. The French director decided to focus on the designer before her time of glory, to better understand the woman behind the fashion icon, and depicts a wounded woman, bruised by her neglected childhood and her tragic love stories. An elegant and touching film that finally portrays the real Coco. 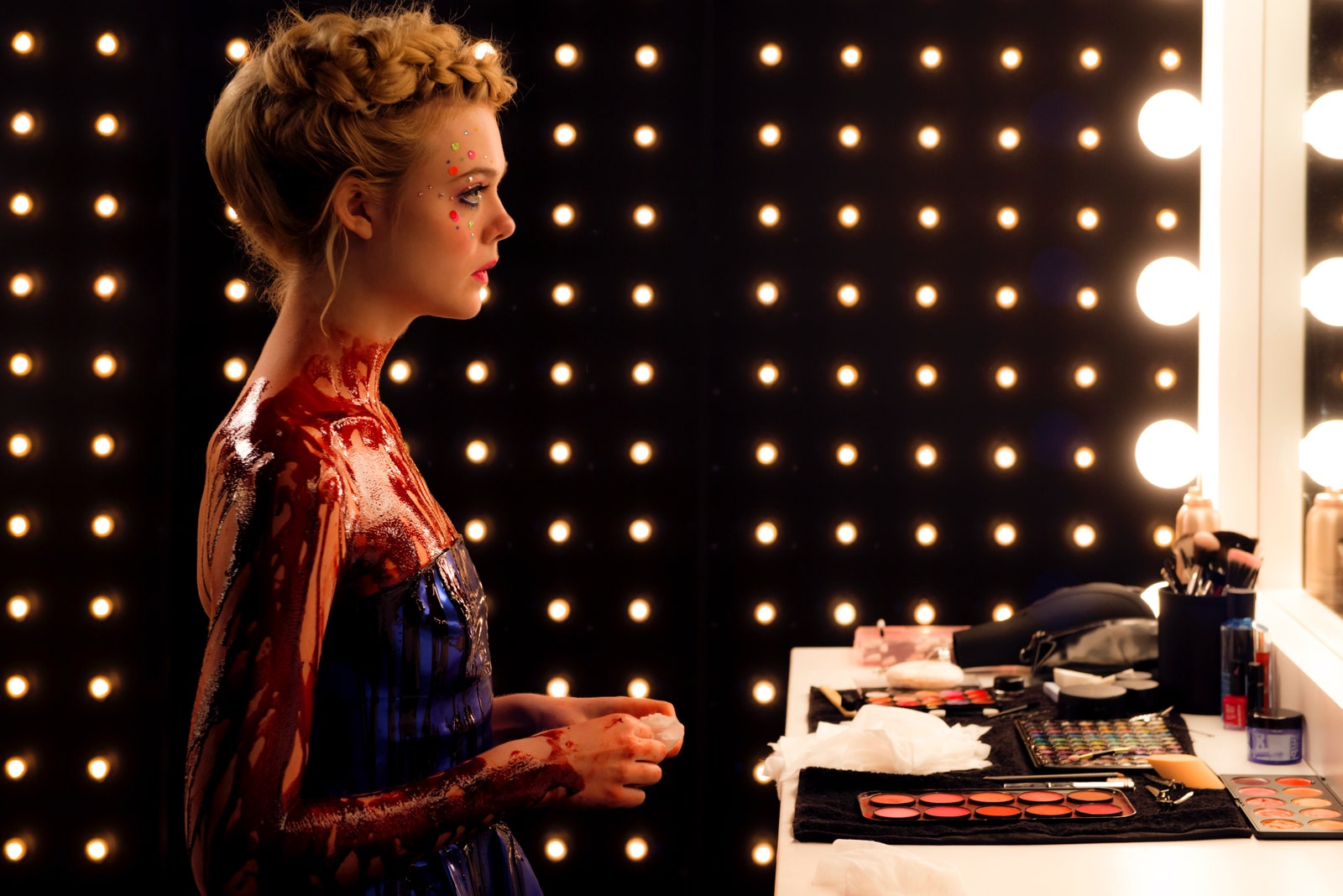 A young girl heads to Los Angeles in hopes of starting a modeling career. Her quick rise to fame and look purity arouse feelings of jealousy in other models. While some models look up too her, others will do anything to disrupt her success. In competition at the 2016 Cannes Film Festival, Nicolas Winding Refn’s The Neon Demon features Elle Fanning in her most disturbed role yet. 1920s Paris… Coco Chanel is the name on everyone’s lips. The wealthy Parisian public rushes to her boutique at 5 rue Cambon to spoil themselves with feminine and sleek creations labeled with the iconic double C. Behind the scenes, the designer is broken by the loss of her lover, Boy Capel, who died in a car accident in December 1919. Her grief lasts until she meets the composer Igor Stravinsky, who was performing with his Sacred Spring, presented at the Théâtre des Champs-Élysées a few years earlier. Fascinated by the charisma and personality of the artist, who fled the Russian Revolution, Coco Chanel decides to host him, his wife and his children in her Garches Villa, and becomes his mistress. It is this passionate connection that the director Jan Kounen highlights in his beautiful film Coco Chanel & Igor Stravinsky, in which Anna Mouglalis and Mads Mikkelsen embody this meeting of creative minds. William Klein’s satirical film about the fashion world is a must-see. In Paris, 1966, Grégoire Pecque (Jean Rochefort) meets a model named Polly Maggoo (Dorothy McGowan), as part of a television report titled “Who are you Polly Maggoo?” Purposefully ironic and wacky, this film features the best of 1960s charm and style. In Jocelyn Moorhouse’s 2015 Australian film, the stunning Kate Winslet plays the role of a successful dressmaker named Tilly, who returns to her small hometown in Australia after spending time in Europe. Tilly’s motives aren’t so innocent, keeping in mind the former neighbors who ruined her childhood. Equipped with a fair amount of comedy, The Dressmaker portrays a vitriol society where rumors fuel the community’s angst. The Phantom Thread tells the story of Reynold Woodcock (Daniel Day-Lewis in his final role), who reigns over the haute-couture world of London in the 1950s. This elegant fashion chronicle features a beautiful love story, directed by Paul Thomas Anderson. In addition, the film won an Oscar that year for Best Costumes. In 2001, we were blessed with the comical duo of Ben Stiller and Owen Wilson, who have appeared in 13 films together over the past 20 years: Startsky & Hutch (2004), the Meet the Parents trilogy, two Zoolander films, and The Royal Tenenbaums by Wes Anderson. In this utterly hilarious film, viewers follow the adventures of male model Derek Zoolander, played by Stiller, who becomes brainwashed by one of the most ill-intentioned figures in the fashion world. Featuring cameos from David Bowie, Milla Jovovich, Tom Ford, Natalie Portman, and Lenny Kravitz, this film might have the most fashionable cast ever. None other than the house of Chanel provided the costumes for this Olivier Assayas directed film, featuring Kristen Stewart as a tormented personal shopper. A Chanel muse since the Métiers d’Art Paris-Dallas fashion show in 2013, the actress plays a disturbed assistant, haunted by the spirit of her deceased twin brother. She’s eventually pushed to steal from her employer, but who is to blame? Olivier Assayas took home the award for Best Director for Personal Shopper at the 2016 Cannes Film Festival.

Shot during Paris fashion week in the spring of 1994, Ready to Wear transports viewers into the whirlwind Parisian couture world, shocked by the suspicious death of the Fashion Council president during a traffic jam. The film features the elegant duo of Sophia Loren and Marcello Mastroianni, two titans in the Italian cinema world.

Desperate and unemployed, Eddie (Richard Anconina) is hired by the Jewish boss of a textile company called American Dream, in the Sentier neighborhood of Paris. The only problem is, Eddie was believed to be Jewish, which was a major factor in his hiring. Will the truth come out?

Confessions of a Shopaholic 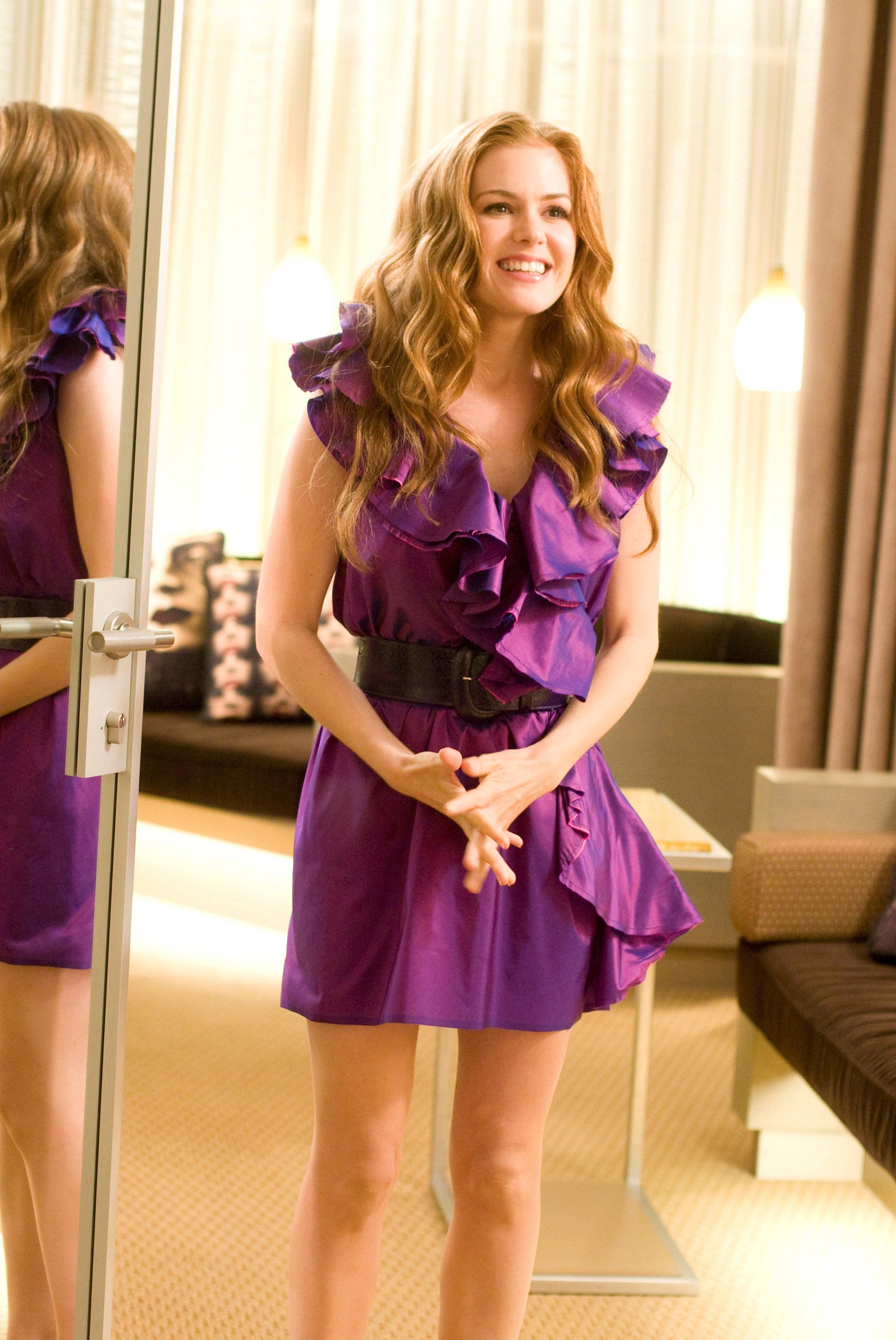 Becky has a problem, she’s addicted to shopping. For her, spending is the only way she feels truly alive. Ironically, she is hired as a writer for a financial magazine, meant to advise readers on their savings. In hiding her addiction from her boss and co-workers, Becky must face her inner demons or risk losing herself in the process. 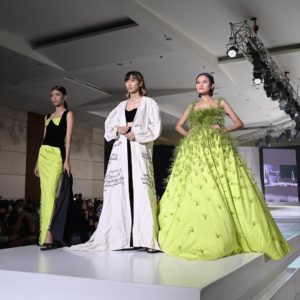 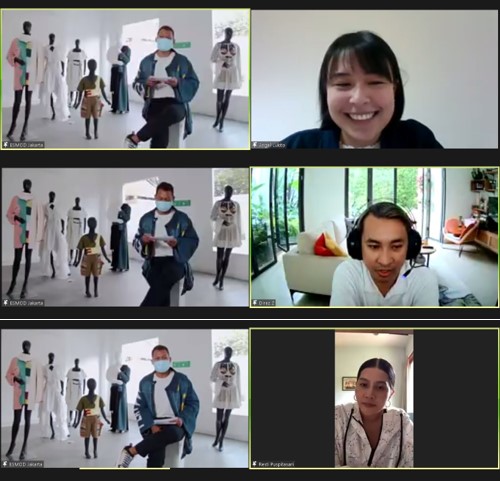